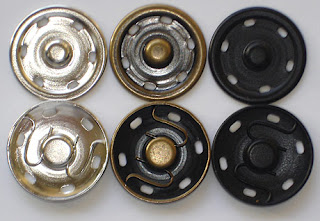 In costume shops there is a rule with snaps –
Boys on top  –
It’s easy to remember. 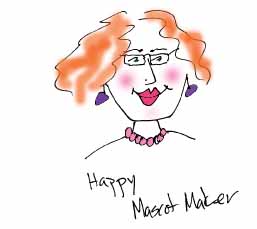 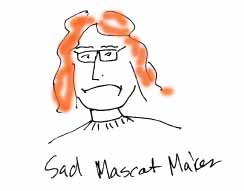 On Mondays through Fridays, I head happily off to AvantGarb to make mascots.
Today was the 2nd day of an ice storm here in Indianapolis. We are measuring ice on the ground in inches.
Even though there are mascots that need to be made – AvantGarb was closed. We had a snow day – or rather an ice day.
Today I was a sad Mascot Maker. Boo-hoo. 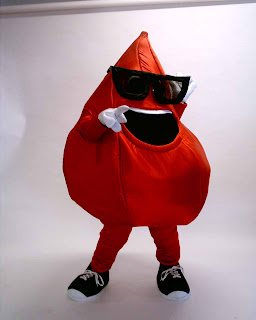 At some point while making  a mascot, I fall in love.
With this mascot it was when the sunglasses were finished & we could put them on the slightly deflated Blood Drop.
There is a marvelous time in the creation of these characters, when the personality is emerging, but the mascot isn’t completed – the image doesn’t yet have the integrity stand on its own.
The picture on the left is that moment – the moment when the  hipster personality of the mascot is showing itself.
A little later in the day, after we had secured the interior hoops that give the Drop its round, round shape, I donned the mascot – Laura took photos, and behold!  A new character in Mascotdom! 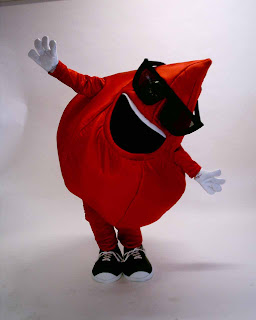